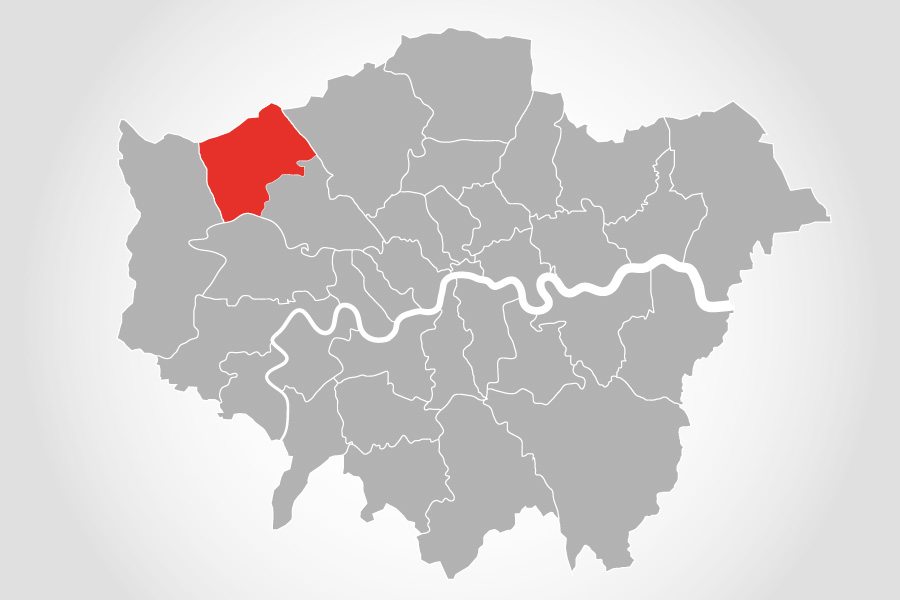 The London Borough of Harrow, formerly known as the Middlesex Municipal borough of Harrow was largely rural up until the 19th century. However with the introduction of the railway there was much building and development commercially and residentially. Harrow, as it is now known, became a London Borough in 1965. Recent major developments in the borough include the regeneration of Harrow High Street, finished in early 2014.

Get Planning and Architecture has overseen a number of successful projects in the London borough of Harrow. Our team of experts have worked on a wide range of projects here, and are familiar with the Local Planning Authority.

Planning & Architecture Services in Harrow - Get a quote today

Use our online quote generator to get a competitive price for your project in Harrow.

The population of Harrow is approximately 239,100 and there are 84,300 households. Interestingly, household size in Harrow on average is 2.81. Nationally it ranks in the top four local authorities for largest household size. With a shortage of housing it is not surprising that those with bigger families are opting for extensions and, with over thirty years’ experience, Get Planning and Architecture is highly skilled in all aspects of architecture including extensions and property development.

There are, on average, 75 planning applications submitted to the local planning authority in Harrow each week and around 4 appeals where planning permission has been refused. Planning permission can be refused for a number of reasons especially when planning building or re-development work in listed buildings or on a conservation site.

Planning permission has been granted for a controversial mixed-use development on the Palmerston Road in Wealdstone, Harrow.

Taking shape on the edge of Wealdstone Town centre it will consist of 5 buildings between 1 and 17 storeys high. Origin Housing, a registered social landlord, put together the planning application with plans drawn up by Moss Architects.

Initially Harrow’s planning authority refused permission stating a 17 storey tower would be too tall for the area. However Sadiq Khan, Mayor of London, ‘called in’ the application. After alterations were made, including an increase in the amount of affordable housing, planning approval was given.

The area was designated a ‘housing zone’. A ‘housing zone’ is an area of brownfield land considered to be in a suitable location for new housing. Its close proximity to Harrow and Wealdstone station was another deciding factor.

Out of a total of 186 new homes 41 percent (74 houses) are classed as affordable. With the current shortage of housing in London, the project is part of a £175m regeneration scheme in the borough which will eventually see a total of 475 new homes built. Business and community units will also be available. The commercial space will target new enterprises and start-up businesses.

Mayor Sadiq Khan stated “Having carefully considered all the evidence available to me, I am confident (this development) will deliver hundreds of the much-needed, genuinely affordable homes Londoners need”.